The Star Kings
Publisher: Armchair Fiction & Music, September 22, 2012
Pagination: 200 p. ; 8 x 5.2 x 0.5 inches
Series: Science Fiction Classics : Armchair Fiction ; AF C25
ISBN-10: 1612871224
ISBN-13: 978-1612871226
Armchair fiction presents extra large paperback editions of the best in classic science fiction novels. “The Star Kings,” written by Edmond Hamilton, is an all-time great sci-fi classic. Young, restless, and dissatisfied with his ever monotonous insurance job, John Gordon discovered a way of traveling through time! And when he arrived in the strange world of tomorrow, Gordon found himself in the middle of a titanic interplanetary war—and he was the one man in the universe who held the key to final victory… His adventures on other planets, his strange love affair with the beautiful Lianna, and his single-handed battle against the invading legions of the “Dark Worlds” all add up to an exciting adventure classic by one of the science fiction genre’s most beloved authors, Edmond Hamilton. 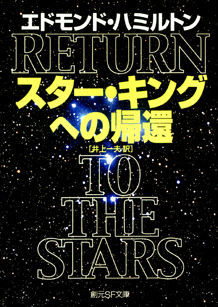