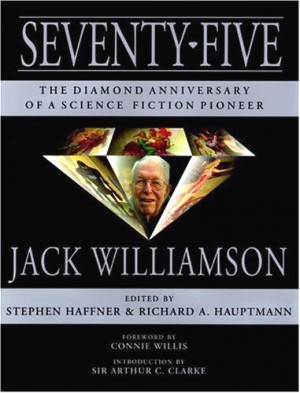 “All during its lifetime Earth had been deluged … overwhelmed … submerged in and endless torrent of words. Was even its death to be striped of dignity by the cackling of the mass media?”

Title: The Reign of the Robots
Author: Edmond Hamilton
Year: 1931
Type: novelette
“Birk sprang back with upraised bar against the Master. The blue beam flashed. It struck Birk squarely.”
“Edmond Hamilotn is the master of exciting stories that carry the reader breathlessly from the first word to the last without a stop. This story is one of those can’t-story-until-you-finish kind.
Many people believe that machines are not an unmixed blessing. Even as far back as a hundred years ago, Mrs. Shelley in her “Frankenstein” showed the machine – the creation of a human brain arising to overthrow its master. Many thoughtful people today believe that that may yet happen if we are not careful. It is a monstrous thing to picture human beings as the creatures or slaves of machines; but if machines are given intelligence and power, their domination may be limitless.
Incindentally this story has an entirely unexpected as well as surprising ending that we doubt enyone will guess beforehand. Those ironical twists at the ends of his stories are part of Mr. Hamilton’s great popularity.”
Publications: